Off to Italy; Blog on Mini Hiatus 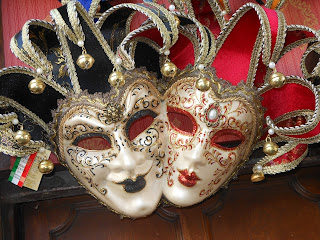 Italy beckons -- the day that seemed a million years away is tomorrow -- wheee!

We'll fly to Vienna, Austria, spend the night at the NH Hotel (exit airport, cross street, go to room, crash), then catch an early a.m. flight to Venice (taxi to the Ambasciatori Palace hotel in Lido de Jesolo, go to room, change clothes, go to pool, start reading under shade tree, and zzzzzz and read and . . .).

Along the way, I hope to get caught up in Blogville and with my WIP as I've fallen woefully behind in this crazy month June's been.

Vanity Fair and Mary McCarthy's "The Group": Advice for Writers

Vanity Fair, Food & Wine, and Architectural Digest are my magazine treats, when I flop on the sofa and get lost in their pages. "Vassar Unzipped" by Laura Jacobs in the July issue of Vanity Fair, however, had an interesting point I thought would also catch your eye.

Jacobs does a great job of fleshing out backdrop stories surrounding Mary McCarthy's "The Group," her 1933 book about eight Vassar girls that was on The New York Times best seller list for almost three years. And, in the process, Mary McCarthy revolutionized much for female writers.

As Jacobs summarizes her article about McCarthy's career, she writes, "Novelists lift material from life because they must. First novels are invariably autobiographical, which is why second novels are so difficult: the writer needs to recede and let the characters create themselves. McCarthy never learned to back off and loosen her grip." (page 119)

Can you relate to what Jacobs wrote? I know I can. My first novella became more autobiographical than I thought it would. My second novella gave me fits until I instinctively realized I had to let a couple of characters do what they wanted to do. But, if I'd known to back off going into the second novella, I could've saved myself a lot of time and frustration.