A Little Box in Zanzibar

When the Kenyan Airways flight from Nairobi, Kenya, landed in Dar es Salam, the capital of Tanzania, I didn't know what to expect. Those few I knew who had visited Dar had described the city as 'sleepy' and then turned to talking about how they'd climbed Mount Kilimanjaro, Tanazania's famed mountain and exotic attraction in the late 1980s tourists knew about but hadn't yet conquered. Nor had tourists swarmed to the Serengeti for photo safaris. Roads leading outside Dar turned into unpaved challenges.

So this trip focused on Zanzibar, the coastal 'spice' island where so many of David Livingston's 19th century explorations had begun and ended.

As warned, Dar turned out to be sleepy. Buildings were mostly baroque and representative of the country's colonial past or cinder-block utilitarian and representative of the Soviet Union's influence. Unlike Nairobi, few cars traversed the downtown's paved streets, and even fewer people were on sidewalks. Those who did were solemn-faced. Shopkeepers waited behind window displays with scant merchandise. Like many countries in Africa during this period, Tanzania struggled to establish a foothold, both politically and economically.

With a sense of relief, we boarded the hydrofoil for Zanzibar, the only passengers on this sleek new vessel. Once we'd cleared the mainland, a young lady emerged from the pilot's cabin and joined us. She and her husband, the pilot, were from South Africa and had gambled their futures Zanzibar would turn into a tourist destination their hydrofoil could service.

As it turned out, they were right. Dar es Salaam now bustles with activity and shines from travel magazines. Zanzibar has an international airport, an international film festival, and tucked-away resorts high-end tourists seek. Whenever I see an advertisement for either, I sometimes wonder if that couple survived the lean, in-between years. I hope so.

In the meantime, the Indian Ocean's fresh air rejuvenated spirits, and we enjoyed the ride. After docking, we wished the young couple well and made our way to a quaint house not far from Stone Town, the former capital of the Zanzibar Sultanate, where we'd secured reservations before leaving Nairobi.

But, as it turned out again, we were the only guests. With scant running water in the un-airconditioned room, we patted water on our faces, set up the mosquito net, then shut the windows. We'd have to return from Stone Town before the mosquitoes found a way in through the loose frame (and, to our surprise, would swarm the white netting until it practically turned black).

As we neared Stone Town, our eyes widened. It was as though we walked into National Geographic, as close to a surreal experience I've ever experienced. Not only was it the visual experience of children playing in the town's dusty square near the historic Old Fort or vendors selling corn roasting on portable stoves or vegetables for sale or women gossiping beneath gnarled trees -- much of this existed elsewhere in Africa as well.

No, it was a combination of all of this and the Indian Ocean dotted with dhows -- and, more -- it was the scent of cloves. . . everywhere . . . on people's skin and clothes like the finest perfume . . . dancing on every ocean breeze . . . resting in narrow passageways . . . everywhere.

We bought ears of roasted corn and sat beneath one of the trees -- very happy we were the only tourists -- and munched our corn. A middle-aged woman approached us. In her hands she held a box that was about four inches by six inches.

She had made the box entirely of cloves. When I opened the lid, it was as though every holiday treat ever baked wrapped around my senses and brightened every smile ever smiled.

She wanted to sell me the box. When I asked how much, she replied, "One thousand dollars."

Two other women joined us, each with boxes. Some good-natured bargaining followed. The price changed to $100,000.

Ahem, that's a lot of money.

Convinced they'd met me half-way, the ladies were disappointed when I didn't buy one of their boxes.

But through the years, the memory of how a simple spice floated on breezes has made me think upon occasion . . . as it did after the massacre in New Town . . . as it did after the bomb explosions in Boston . . . for there was a time when a certain innocence prevailed . . . when a day began without tears for a loved one or friend or a stranger's heavy heavy heart didn't slow steps . . . and the thought of what-might-be wasn't held prisoner by what-had-been . . . so, as if reading my thoughts, my husband, a marathoner and tri-athlete who ran Boston some years ago, asked, "What if go to Boston next year to watch the Marathon?"

And we returned to the television and the horrific events in Boston. . . it's all so sad, so very sad . . . but a sense of resolution and support propels one forward.

(Note: This in the second in a series of Things That Happened Along the Way.) 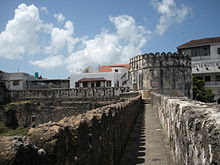 A Taste of Greece

I love Greek food, and, to be happily honest, it loves me.

Three years ago, hub and I rode the ferry from Venice, Italy, to Patras, Greece, picked up our rental car and embarked upon one of our greatest trips ever: three weeks of exploring Greece, the birthplace of Western civilization . . .

and the home of some of the most delicious food in the world. . .

And, so, I'm sharing with you Martha's recipe (with her permission). Martha's a Greek-American lady I met some years ago at a Christmas function. One taste of her Dolmades and I knew Santa Claus was for real. Oh, yum! Her recipe is very simple, but it works. Instead of being overstuffed with too many competing flavors, these Dolmades are bursting with flavor. And, I didn't have to adjust the salt much (always a personal choice).

Surprisingly, Dolmades aren't difficult to make and easily feed a crowd. After Martha's recipe, there's a YouTube clip that shows how to roll the leaves and then gives a lemon sauce recipe for dipping, if desired. The chef in the video has a different recipe than Martha's for more ideas. You can be really creative. When we lived in Egypt, a neighbor added chopped garlic not only to the rice mixture but put a few cloves of garlic among the layers, along with a few slices of lemon. Other variations exist among the Mediterranean countries and elsewhere.

Steam onions over very low heat with 1 teaspoon salt, stirring occasionally for 5-10 minutes. Remove from heat. Add rice and l/2 cup of olive oil and mix. Add herbs and mix. Add salt and pepper and half the lemon juice.

Separate grapevine leaves carefully. Snip stems. Place 1 tablespoon filling on underside of leaf. Starting at the base, fold over, and fold in sides, rolling tightly toward point. (Note: the video starts with the sides; I think Martha's way gives a tighter roll as these leaves do expand.)

Place reserve stalks and any torn leaves on bottom of pan. Arrange Dolmandakia in layers with seamed side down. Add the remaining lemon juice and  3/4 cup olive oil. Place a plate on top of dolmadakia to prevent them from unrolling.

Transfer to platter. Drizzle with olive oil and lemon juice, if desired.